Grease 3: Threase, the amazingly hilarious musical, is a modern day tribute to the worlds of Grease 1 and 2.  After premiering at SketchFestNYC, and an encore performance a week later, the show returns for five performances, every Thursday night from September 30 – October 28. 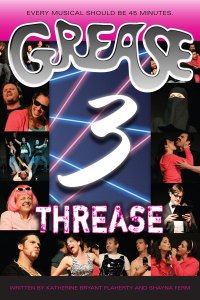 Music and Book by

at THE PIT (PEOPLE’S IMPROV THEATRE)

This entry was posted in Uncategorized and tagged Comedy, Grease, Grease 2, Grease 3. Bookmark the permalink.